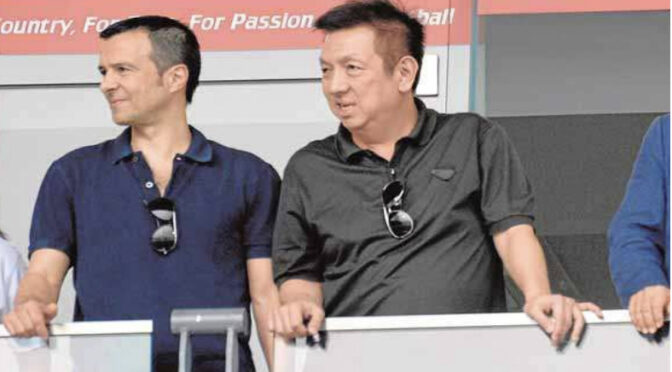 Former vice president request that they be ascertained the movements economic that affect to Anil Murthy, Layhoon, Kim Koh and Ser Ng

VALENCIA. Miguel Zorío has thrown the rest. Time has been the former club president and leader of Valencianist tide examining with magnifying glass the movements of Peter Lim and Jorge Mendes with the entity. More than once had announced verbally and publicly of possible irregularities comets by the maximum shareholder in collaboration with his partner, the famous Portuguese agent in relation to signings that have been done. But now he has taken another step. From words to deeds. Zorío has come to the Treasury and has submitted a letter requesting the public body to open an investigation to clarify, among other aspects, if Lim and Mendes have used player operations with Valencia to profit, perhaps through societies of difficult access and situations in tax havens. In addition, he has included in his application that the economic movements that involve Valencia and that affect Valencia be clarified to the directors he has put Meriton in the entity. That is to say, from former president Layhoon, until the current president Anil Murthy, going through Kim Koh and the president of the Foundation, Be Ng. In fact, it is noted that both Layhoon and Murthy, Kim Koh and Ser Ng are allegedly partners of firms located in tax havens and that’s why he asks have your income statements investigated Zorío considers that, according to the document that this newspaper has had access to constituting tax infringements or having significance for the application of taxes, as well as regulations in accordance with the Companies Law of Capital ». The focus is on Lim and Mendes, something that whenever you are I asked Layhoon at any press conference putting the already former president on guard. Zorío goes straight to the point. «We ask to the Tax Agency to clarify whether Peter Lim and Jorge Mendes have used this conglomerate of opaque societies in different countries with the same fiscal similarity to profit from personal way or through your partnerships with the purchase sale of Valencia players. Given these facts, we want to know what the commissions accrued by Jorge Mendes through their societies have been and to know if there have been payments to Peter Lim or any of his multiple offshore in paradises prosecutors either from Valencia of the societies to name of Jorge Mendes, or of the clubs involved in the sale of these players ». The last player to arrive to Valencia and that powerfully called attention to the high price that was paid was the Portuguese Correia, who barely has played, and for which he had You disburse 12 million.

The former vice president argues that one of the points he have led to this action is that it was not clarified in last board an issue that referred to emoluments of senior management staff when the counselors could not collect from the club (point to be changed in the assembly itself). Finally, the person in charge of Valencianist tide puts the finger in the Valencia Club society of Football (Asia) Pte. Ltd, based in Singapore. 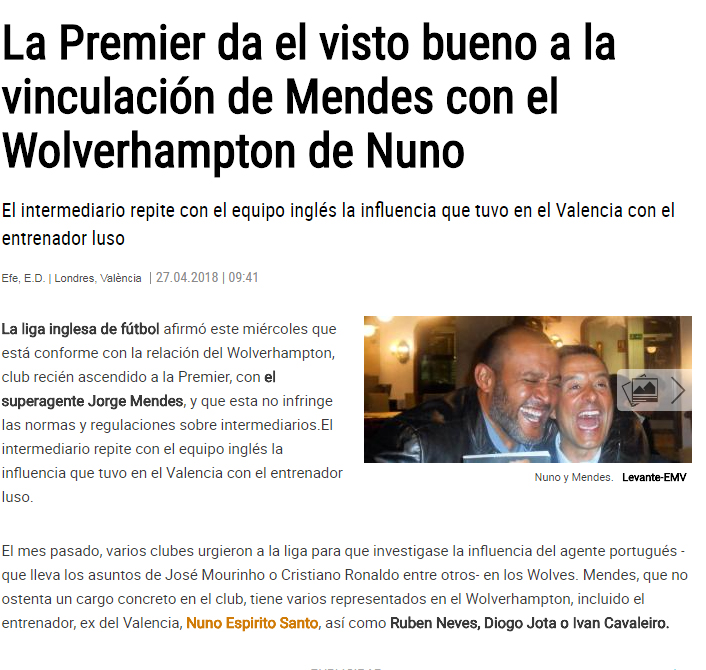 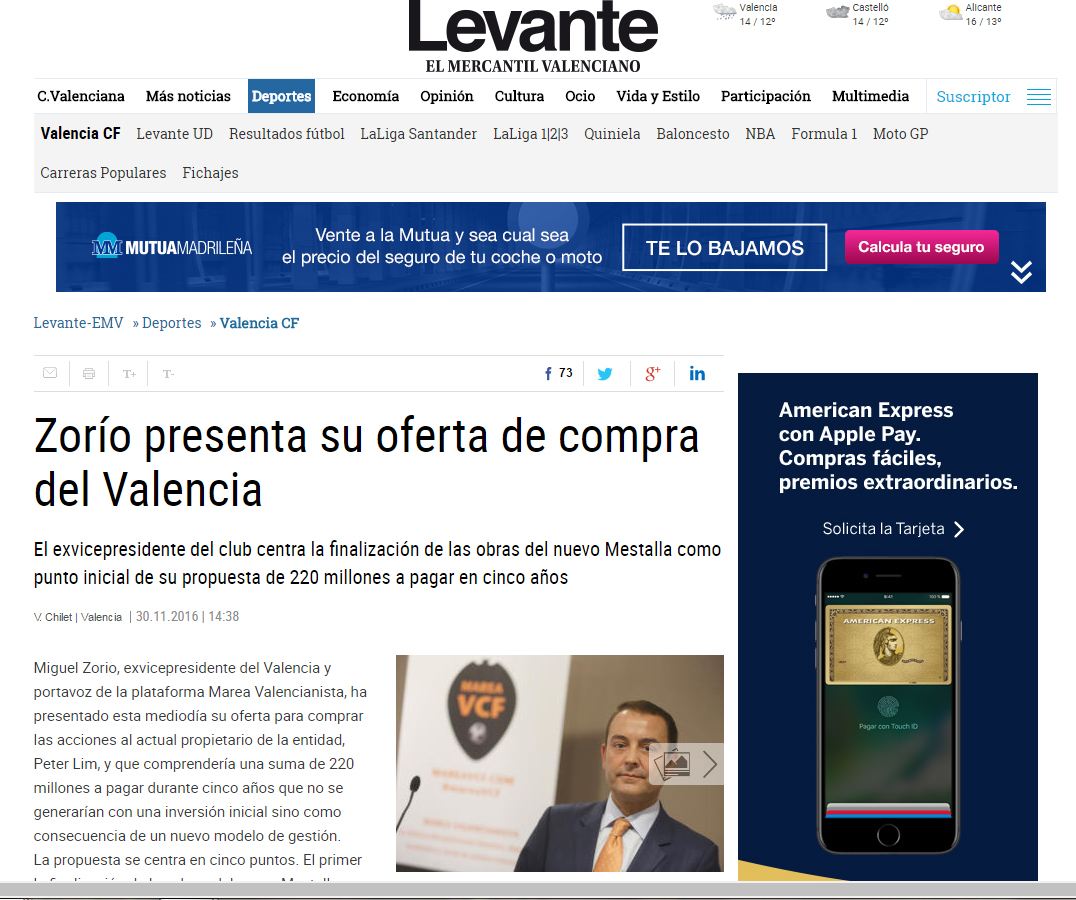 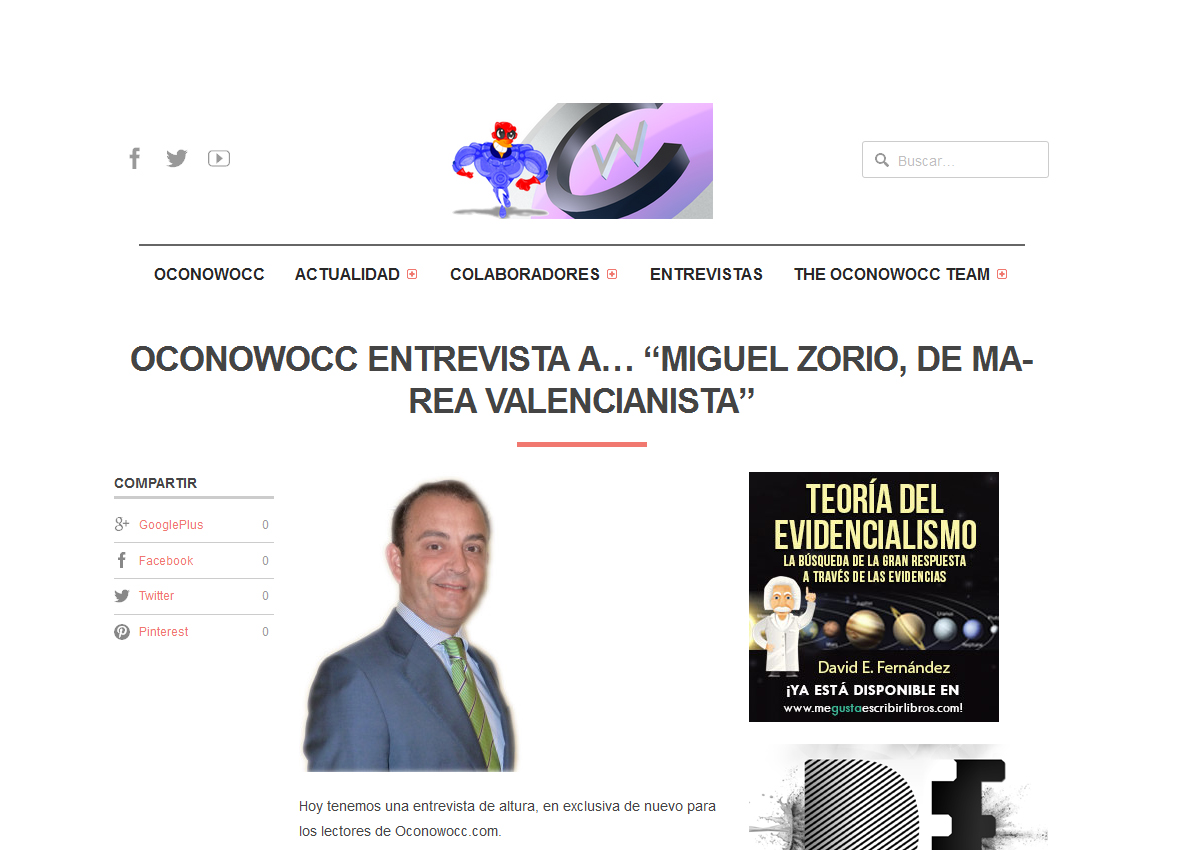 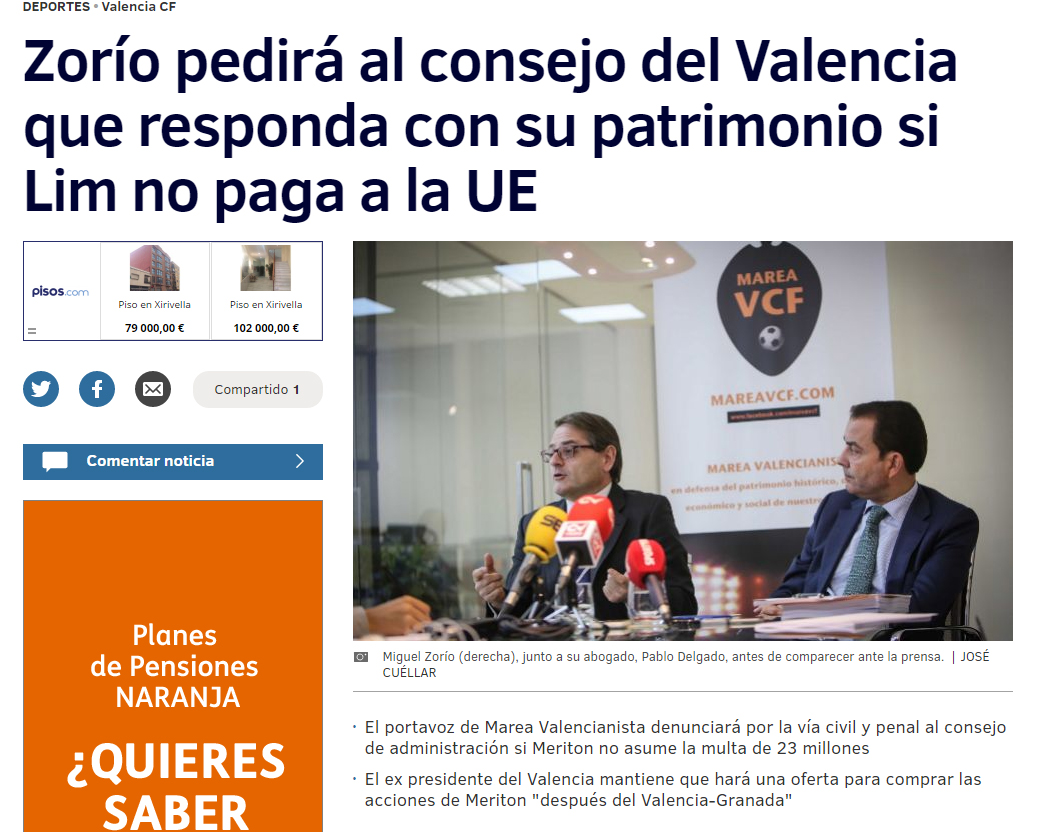 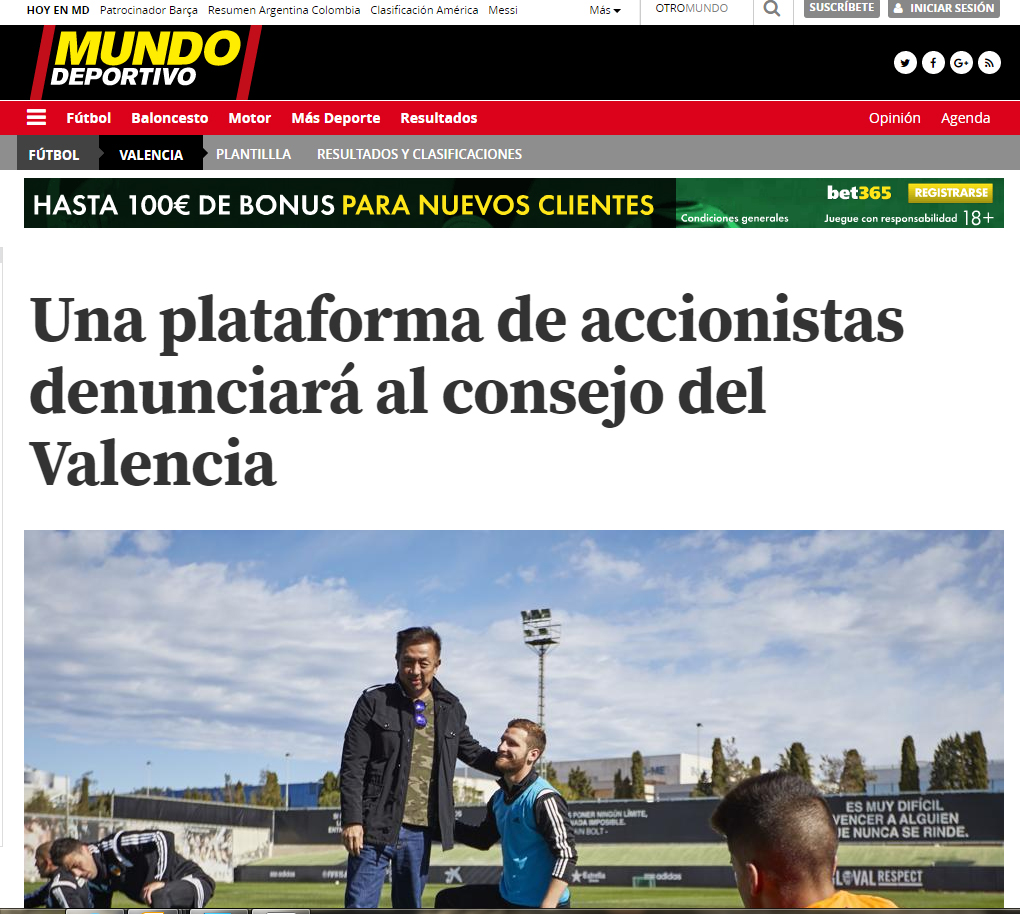 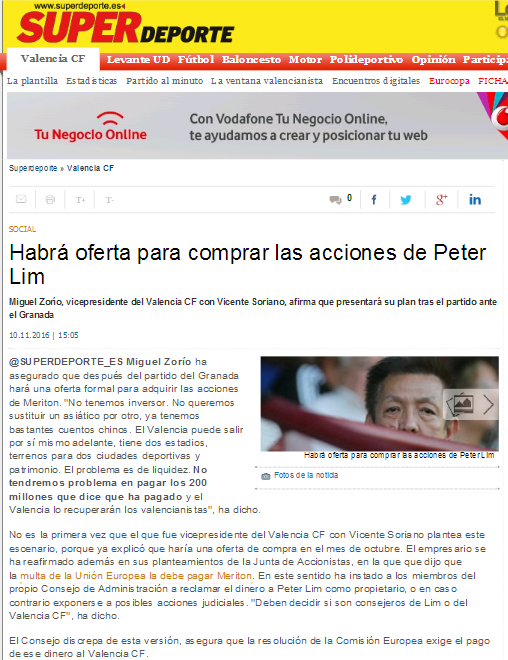 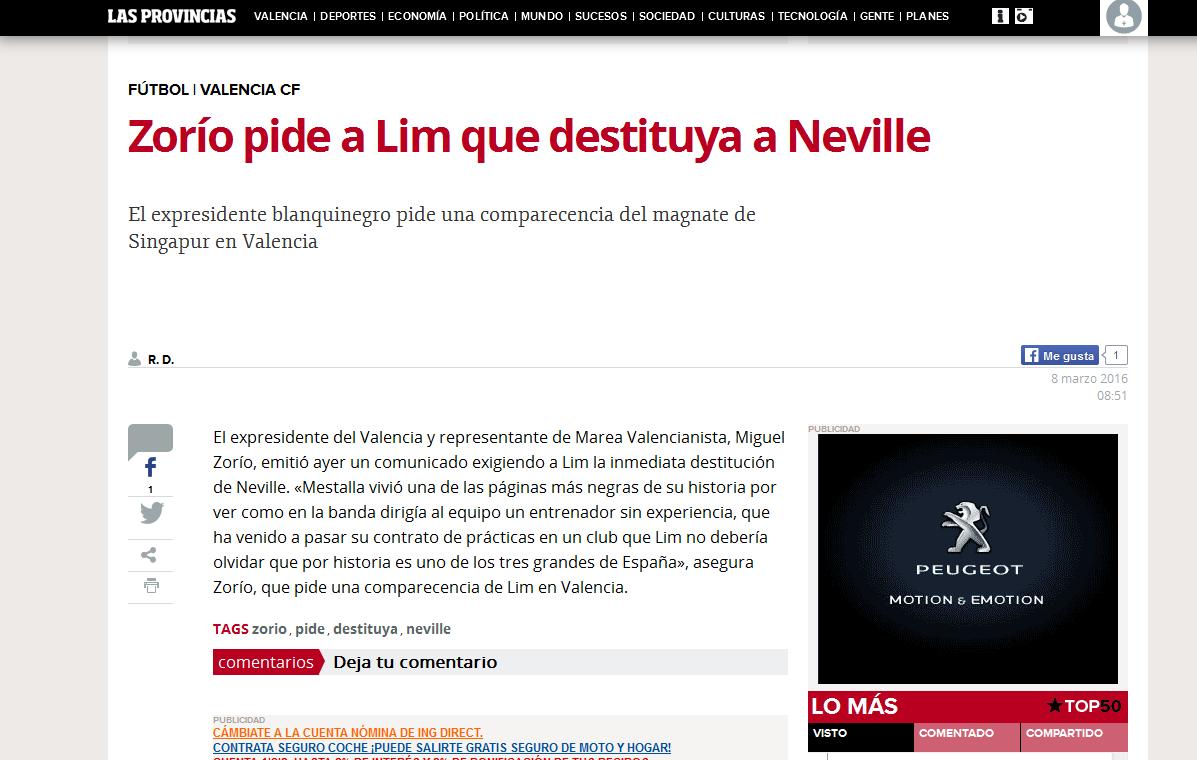 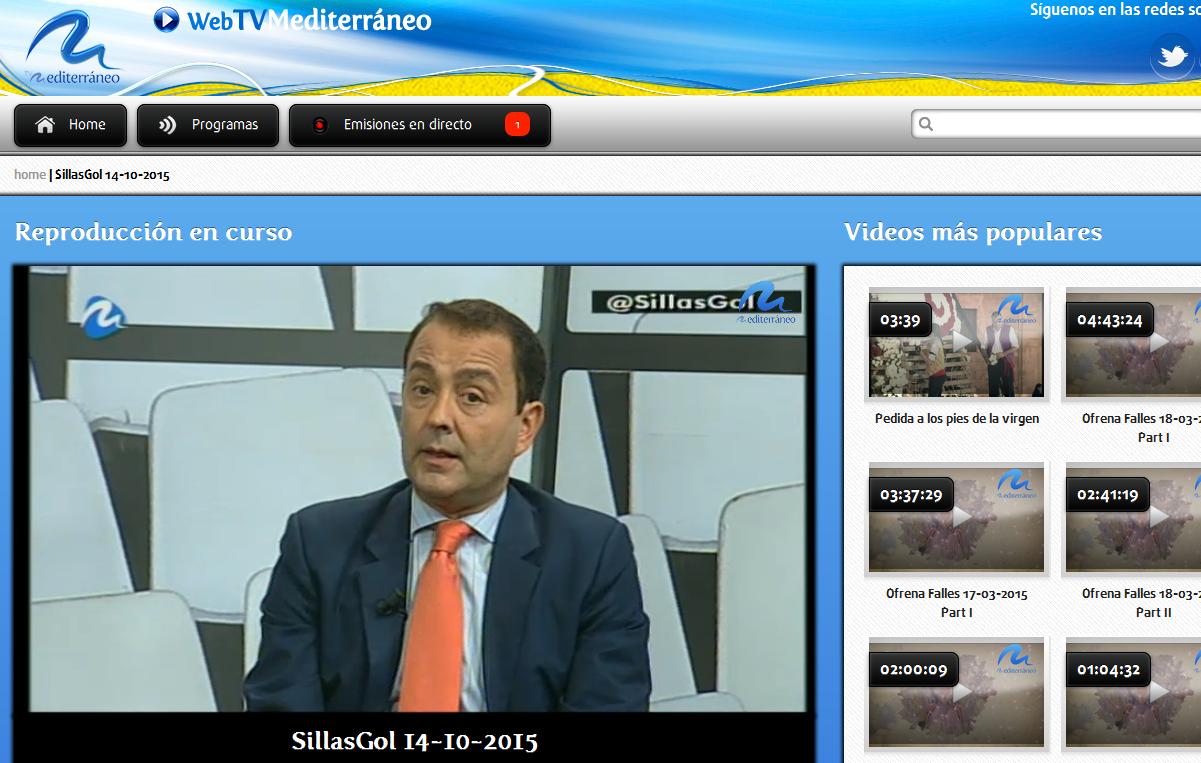 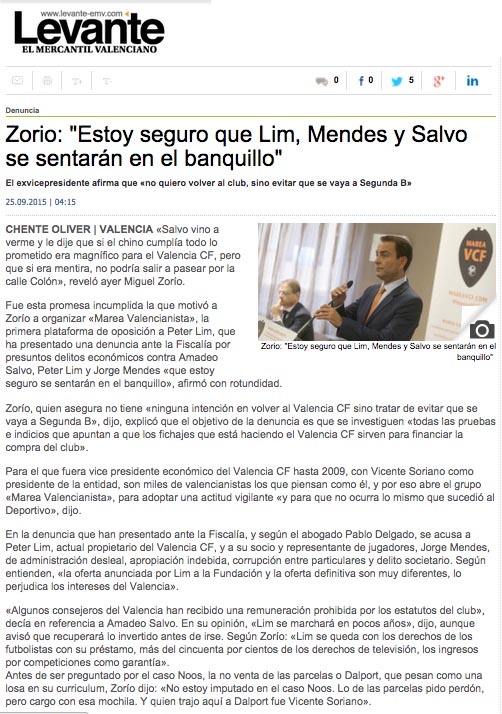 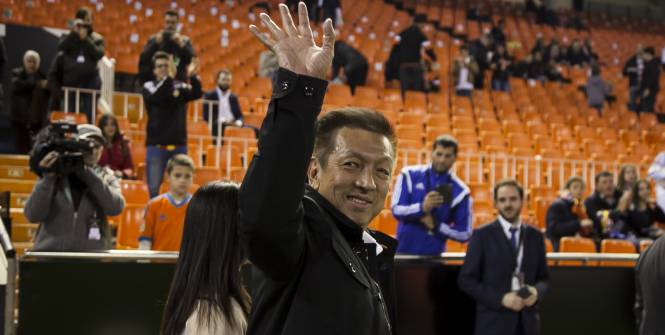 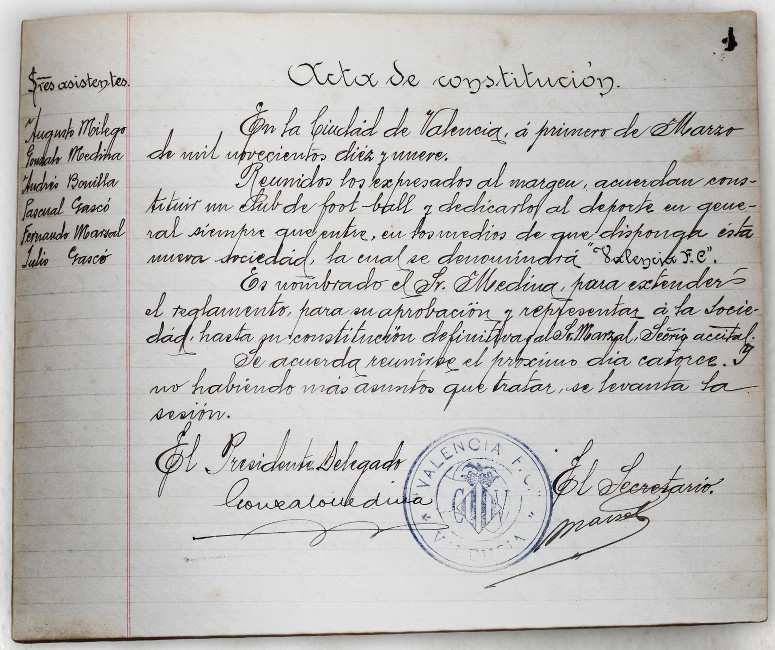 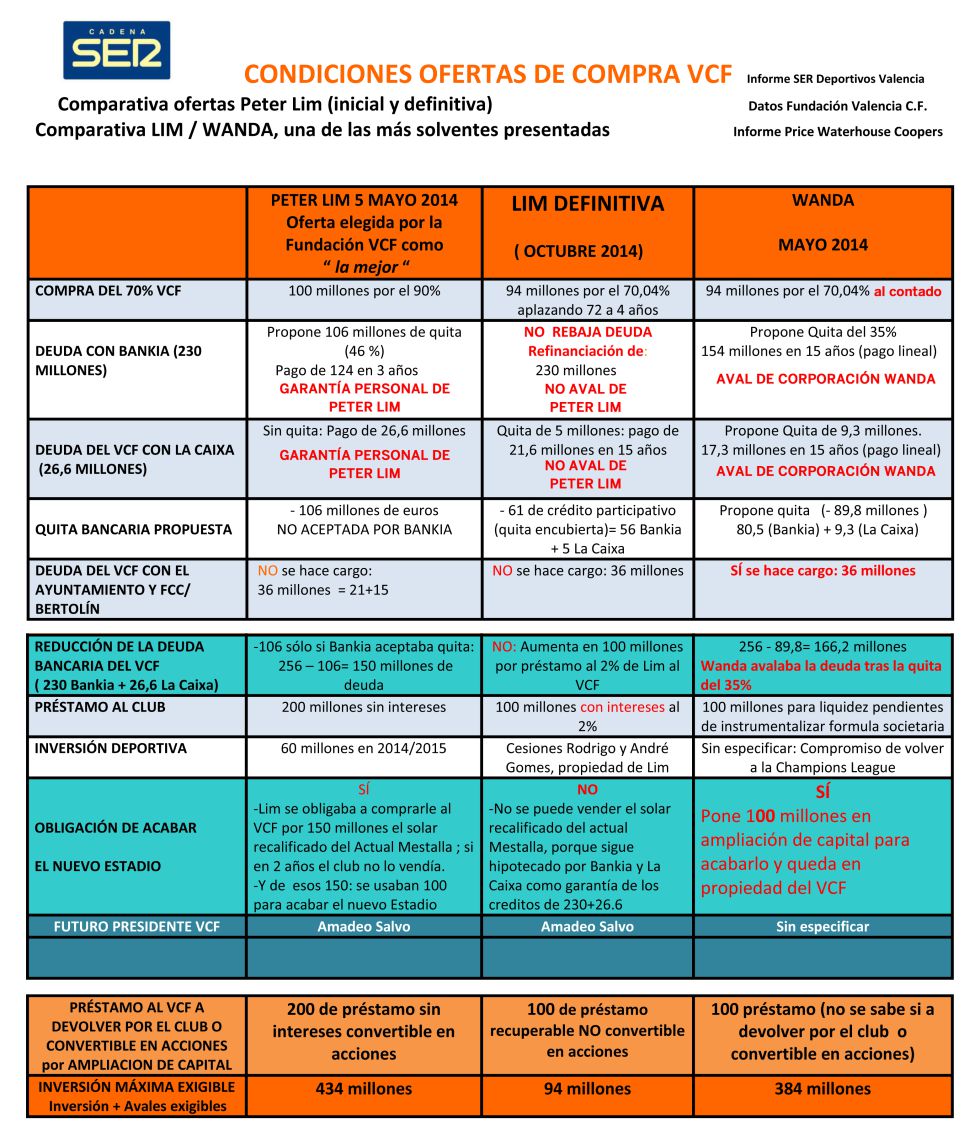 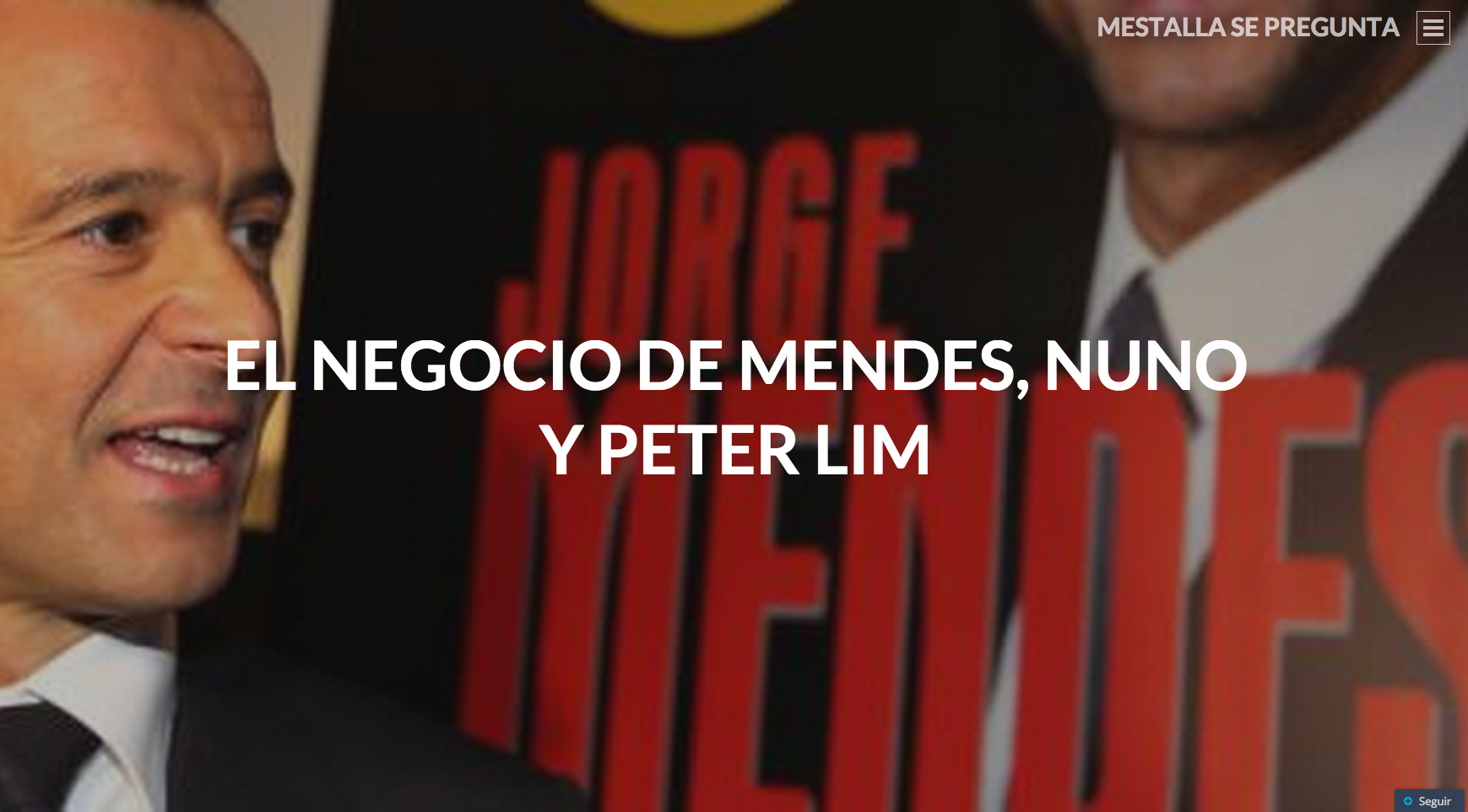 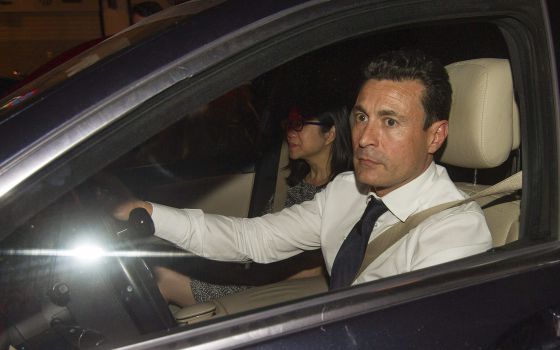 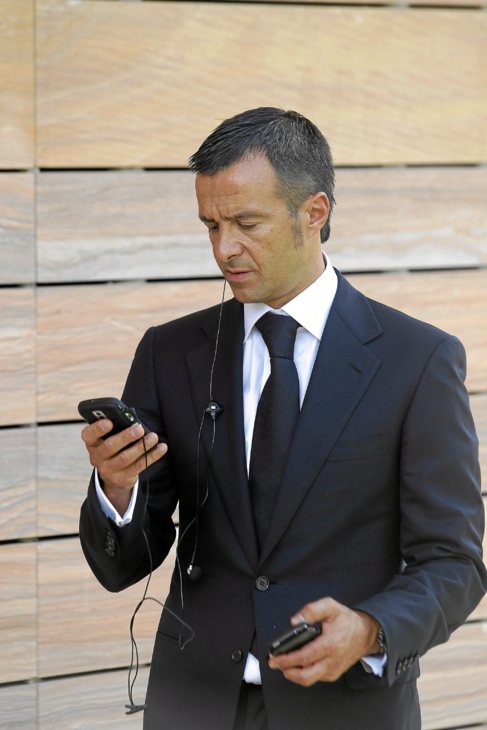 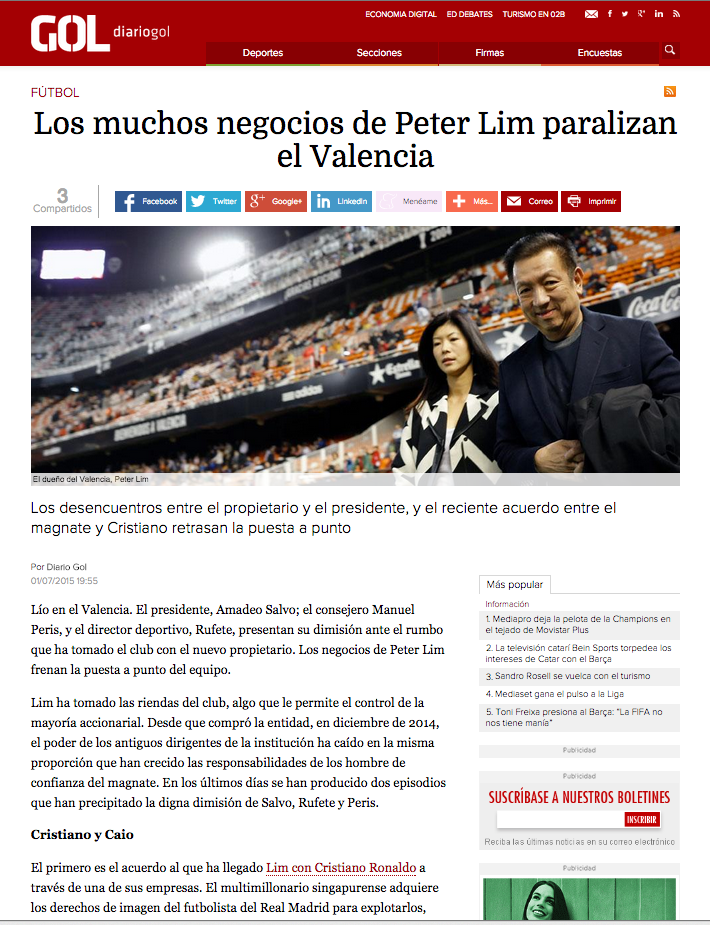 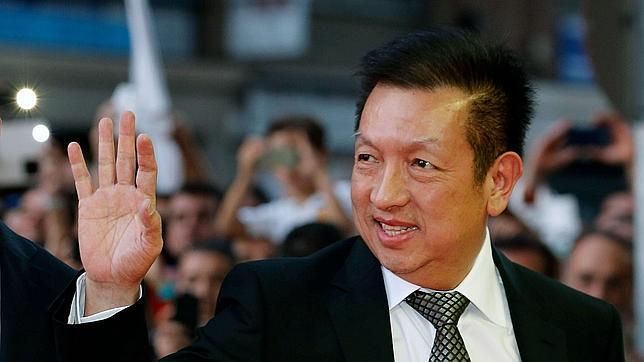 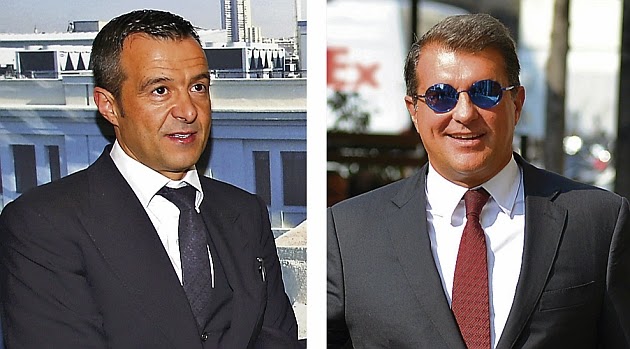 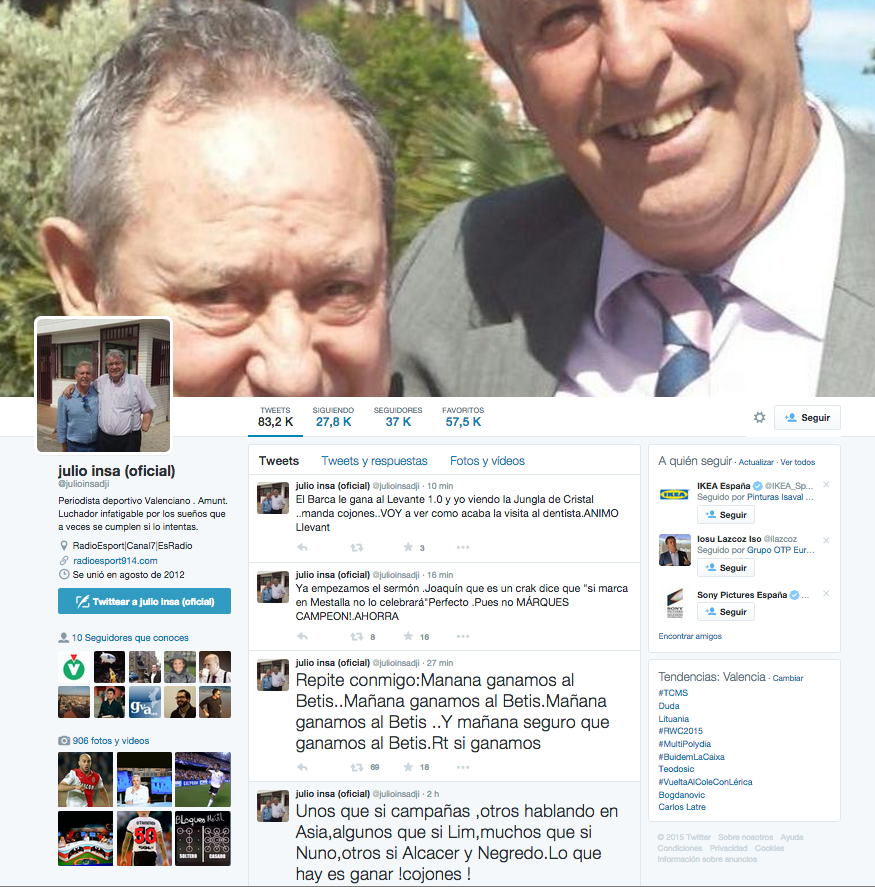